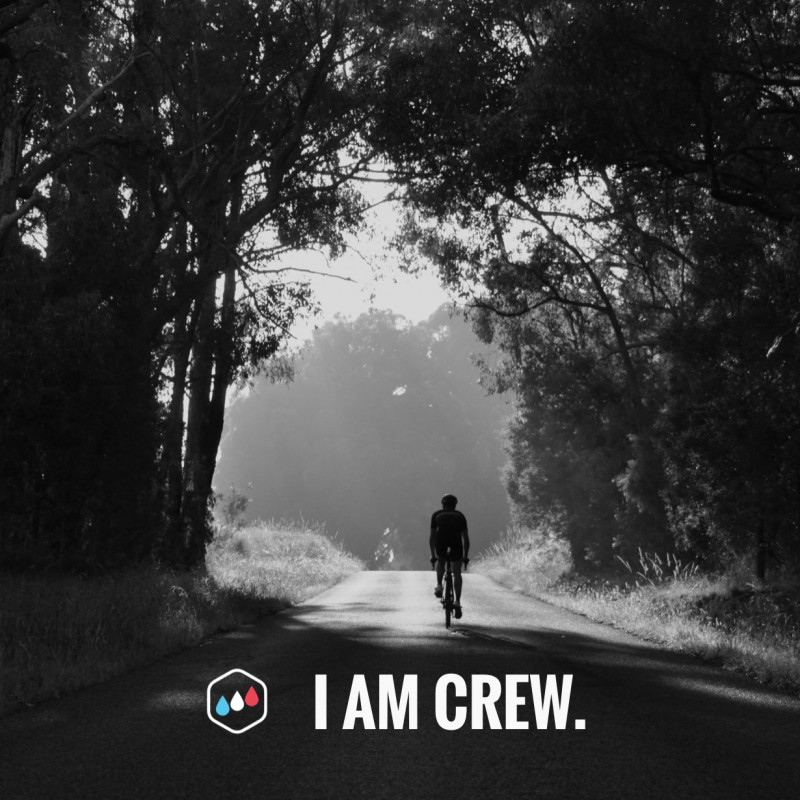 On the 31 July 2020, myself (Vakis Paraskeva aka VP) and fellow RDCC member Andrew McKenzie (a.k.a. The Droid) successfully completed an Everesting on Box Hill Surrey.

In case you don't know what Everesting is, Hells 500 are the creators and custodians of the Everesting concept and here is how the official Everesting site describes it:

“FIENDISHLY SIMPLE, YET BRUTALLY HARD. EVERESTING IS THE MOST DIFFICULT CLIMBING CHALLENGE IN THE WORLD.”

"The concept of Everesting is fiendishly simple: Pick any hill, anywhere in the world and complete repeats of it in a single activity until you climb 8,848m – the equivalent height of Mt Everest. Complete the challenge on a bike, on foot, or online, and you’ll find your name in the Hall of Fame, alongside the best climbers in the world." 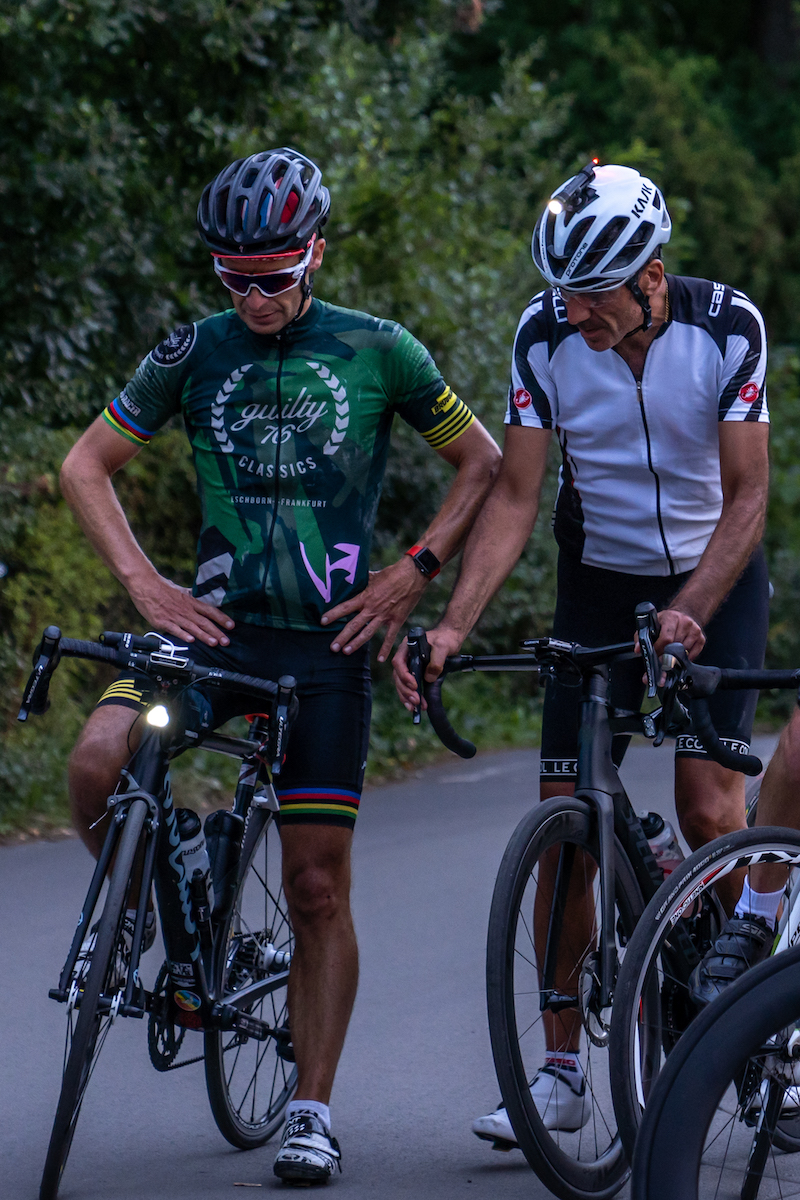 Yes, why take on the 'The most difficult climbing challenge in the world'?

We both found we had a bit of spare time due to the impact of Covid-19, so we started doing weekly rides that increasingly got longer and longer. Then on one ride, a 330KM (203 Mile) loop via. Stonehenge Droidy suggested the idea, initially I thought no way but after a few days I started to warm to the idea.

How hard can it be I thought, the Stonehenge loop was over 3000m elevation, almost halfway and that wasn’t too hard... 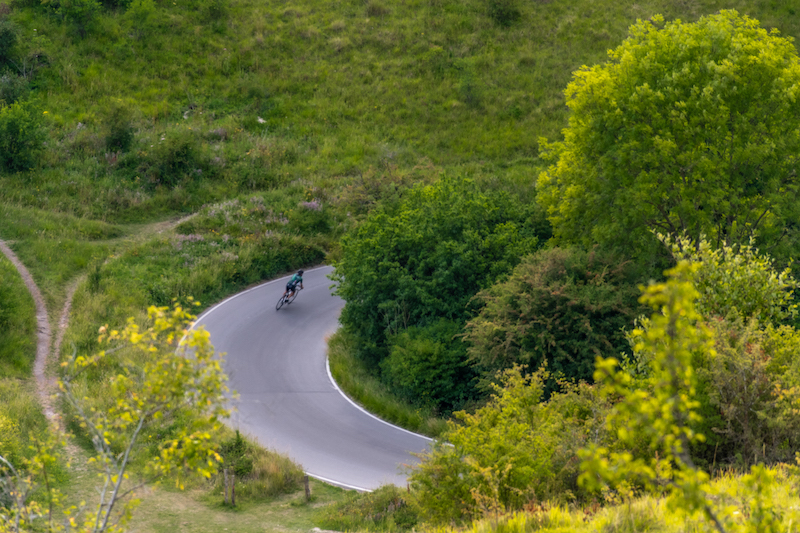 We settled on Box Hill, not the most ideal location, a much steeper straighter hill would be much more suitable. But Box Hill is 'our hill', most of our rides end via Box, it's close to home and there is a cafe and seating area at the top for all our fans!

It started so well

We arrived at 12:30 am as planned, top car park Box Hill, readied our bikes and set of just after 1am as planned. It was a warm evening, gentle breeze in the air, perfect. 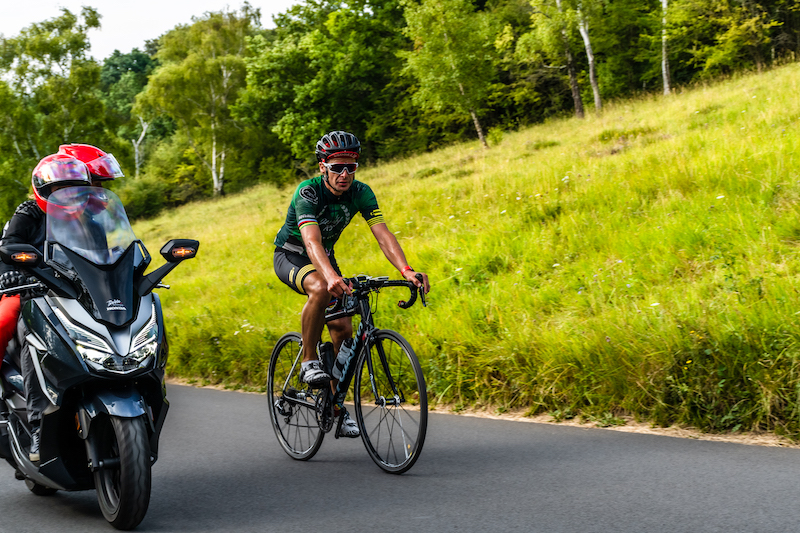 To our delight there was a large gathering near the bottom of the hill, not sure who they were or why they were at Box but they were singing the most amazing songs until sunrise, kept us going through the night...unfortunately their driving skills were not so good!

At 5:30 our first support rider turned up as planned, Tony G, he rode with me for a few hours, and Droidy was supported by Marcus B shortly afterwards.

We chose Friday 31st July, the long range forecast looked favourable and it allowed us the weekend to recover. As the date approached the forecast changed from 21oC to 29oC, we decided to go ahead as we thought we could manage it but, on the day, temperatures peaked at 38oC in the shade, the 3rd hottest day on record in the UK! 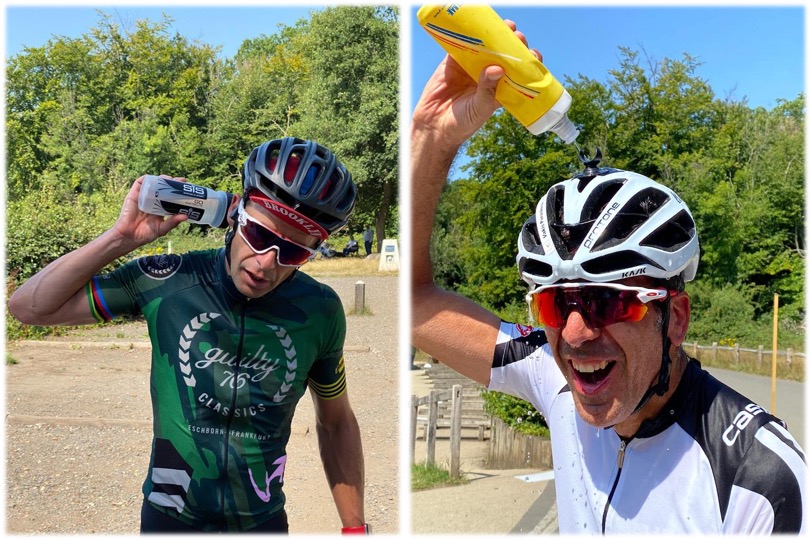 The heat really kicked in by 11am, by 2pm the heat coming off the tarmac was unbearable, my Garmin registering over 40oC!

At one point I thought I wasn't going to be able to carry on until a stranger on a scooter rode up with a bag packed with ice, stuffed down the back of my jersey it was just enough to keep me going...turns out the stranger was Alex (son of Hummy)...thanks Alex.

The heat really slowed us down, we were running on schedule, no issues, feeling great but the heat almost broke us, adding hours to the overall time.

We both fully expected to finish late at night on our own, Droidy being quicker than me was planning to go to 10K so we would finish together...but the heat put a stop to that. 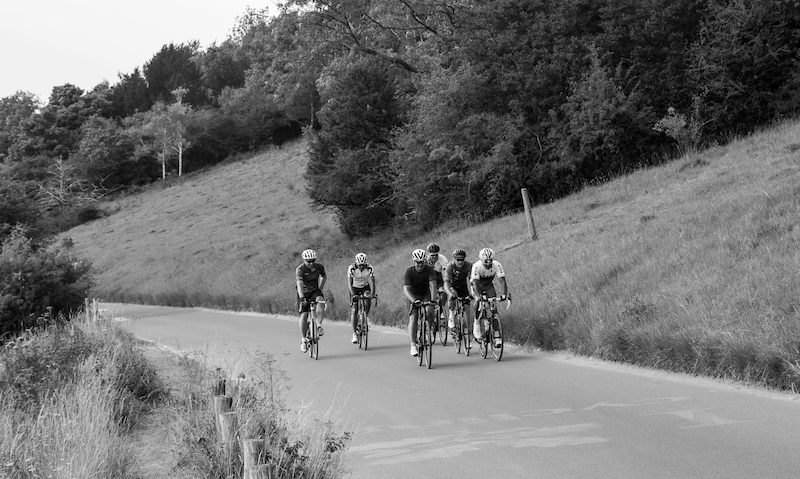 What we didn't expect was the incredible support we got all day from fellow club members riding with us throughout the day, friends and family turning up to support us, bringing food and drink, and camping out at the cafe to cheer us on. 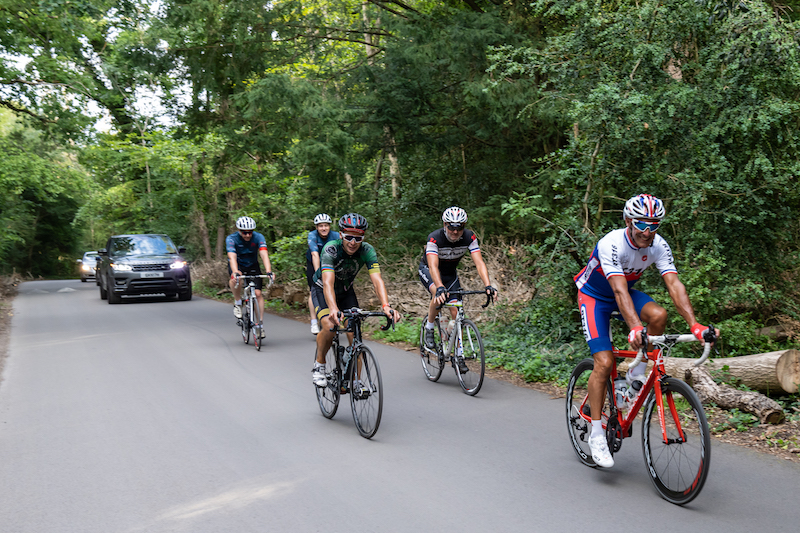 I know I would not have done it without the support of so many people and I think Droidy feels the same...so a big thanks to everyone who came to cheer us on, to ride with us and to help us get through it. 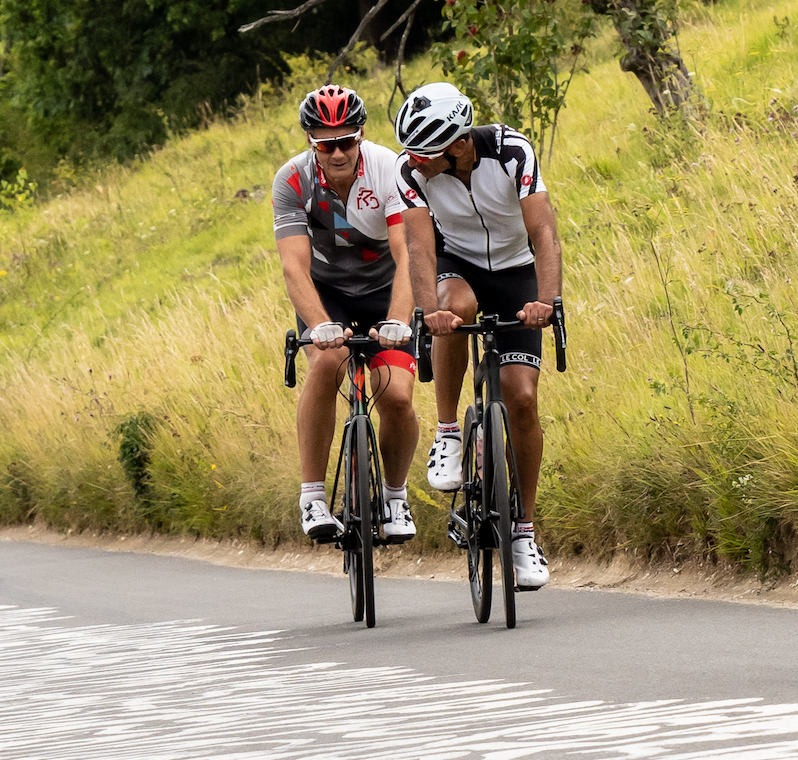 Around 10pm pizza arrived, it was very welcome and I sat down for a few minutes and had a couple of slices. In those minutes I started to relax and it dawned on me I had at least another 4 hours to go...I repeated out load 'I can't do it' several times, no one replied, my wife didn't know what to do...I then got back on my bike and gingerly descended the hill. 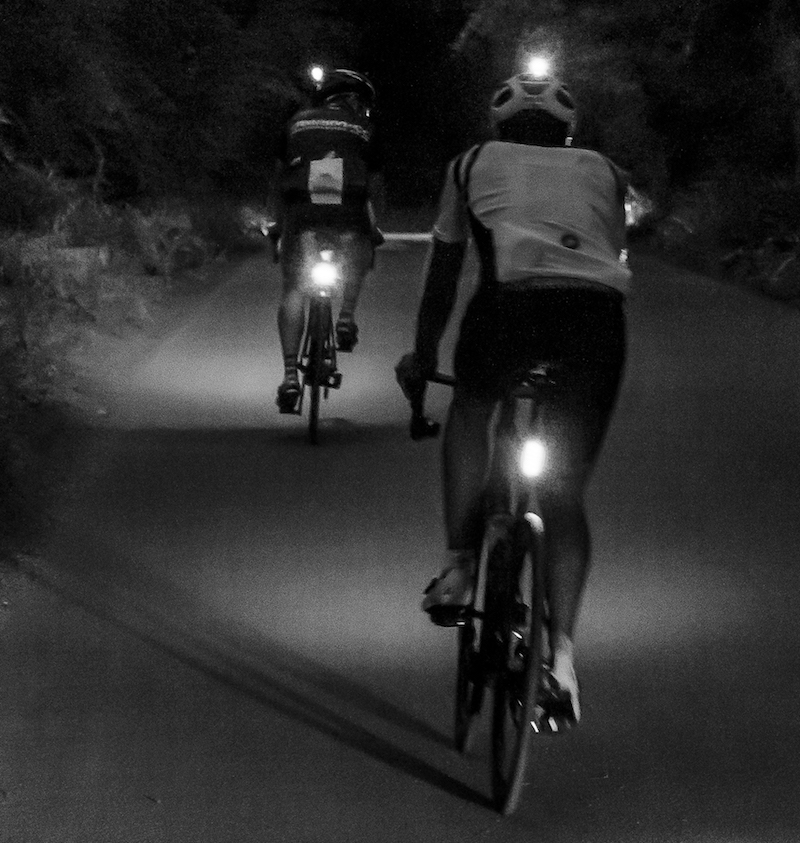 I still don't know how I did it, I know I wouldn't have done it without the support on the night, but I learned what it means when people say it’s as much a mental challenge as a physical one.

A Quote from the Droid 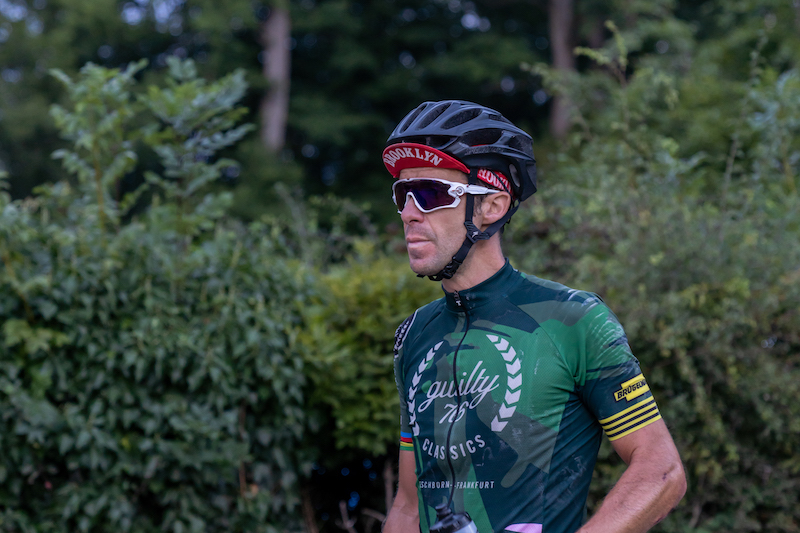 ‘Without a doubt the hardest ride of my life. That amount of time in the saddle coupled with the heat made it so difficult to regulate how hard to push on the climb. Not sure I could have finished it without the support from friends and club mates, huge kudos goes to Vakis for soldiering on into the early hours - the man is made of steel. Special thanks to Tony Gordon for his invaluable support and advice, as well as Hummy for riding with Vakis to the bitter end.

Droidy finished at around 1am, I was really happy for him, he looked shattered but he had done it. I still had 10 laps to go...doesn’t sound like much but that took me a until gone 4am, another 3 hours!

I was not alone, Tony G, Kim and Hummy stayed on to see it through and to repeat myself again...I would not have done it without them!

With 10 laps to go I knew I could do it, I was counting down not counting up, and I did it...the hardest physical challenge of my life. 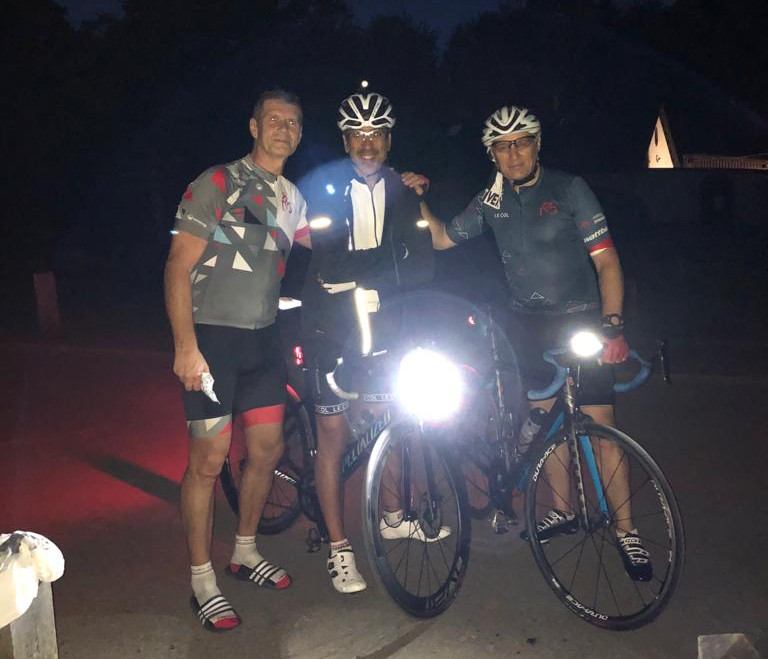 Once completed the next hurdle was to get our attempts officially verified and on the Everesting hall of fame. After such a monumental effort we were both very nervous but in the end we had nothing to worry about having both exceeded the elevation by a significant margin.

You can view our entries on the hall of fame here:

Finally, a big thank you from both of us to everyone who helped us with equipment, photography, all those who rode with us, everyone who turned up to cheer us on, Hells 500 for coming up with the concept, and our wives who put up with our silly little adventures.

We will both never forget the day, not just for what we personally achieved, but the amazing friends we have and the fantastic community spirit the day brought out in everyone. 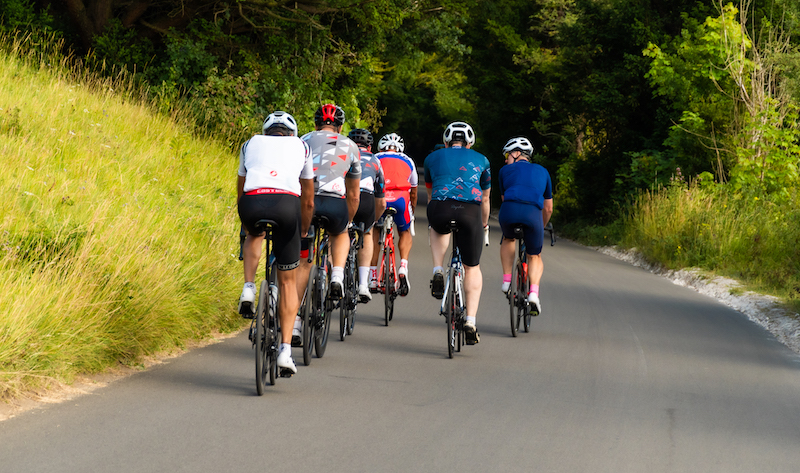